But last night's was so freaking pungent that I can reel it all off right now without missing any details. Also, bear in mind So the other night I was trying to force myself to finish writing a chapter, but I was on the verge of headdesking at about , so I packed up then and went off to bed. Also, bear in mind that absolutely everything I'm about to tell you is one hundred per cent true. I never lie on Goodreads, because telling the truth is just so much more fun.

So it starts off with me in some kind of medieval town. I'm blonde, which is a change. The "camera angle" is third person, but I know that's me in the blue dress. For some reason, it occurs to me that my name is Bess, and for some reason I'm carrying a weapon, like a knife. I don't actually see the knife; I'm just aware of it. So I step up in front of this shop, and suddenly the place looks more wild west. Some guy goes to attack me, but I totally ninja him and then leap down off the verandah, into a waiting crowd. They all part and then the guy I supposedly killed stands up again and yells, "You're a Pagan!

These children [points to a group of forlorn children in front of me, all wearing blue] will get you! There are more over there, in that crowd! The viewpoint's in full first person now. Think Bioshock. The atmosphere is sort of chalky and dark, something like Sleepy Hollow , and I'm running and running, but it's dream running, so I'm not really getting anywhere. You know dream running; you need to move, and there's something really fucking horrible chasing you, but for the life of you you can't make your legs move any faster than they would if they were coated in tar.

My name is Samhain! I keep trying to run, and when I look behind me, I see a fork in the road, and men in American civil war uniforms on horses, parting down the fork in the road. I keep trying to dream run, but it's pretty fucking useless, because one of the guys catches up. I dart off the road, into a fir tree, but I'm terrible at hiding and I get caught. The guy yells, "Samhain! He has the creepiest expression on his face, I'm flinching, because I think I'm going to get hit, but somehow I don't. A second later I'm back in some town square, and I'm wearing a bright orange bonnet that's too tight.


It's made of thick, glossy paper, and it crosses my mind to be careful that the edge of it doesn't slit my throat. Why am I so paranoid? I'm not restrained, but I don't make a run for it. Everyone's chanting "Samhain! I laugh. But it's this really loud Joker laugh, except ten times crazier, and my voice is all masculine.

I'm cackling, basically, as they lead me to this huge sandstone building that looks like the Volturi clock tower from the New Moon movie yeah, I saw it. Castrate me. I'm still screaming with manic laughter as they take me down all these torchlit flights of stairs and I start getting pretty fucking scared, because I see all these shadows flitting around and little wispy lights and shit, and then I get locked in this cell, and we're back to medieval times with this one. I bang on the door, yelling in a girly voice again, apparently trying to laugh it off as I say, "Come on, man!

When he hits the bottom step, he's miraculously changed into a woman with long, braided hair, and this crazy look of astonishment. Yeah, the shadows and creepy things are back, and I'm pretty fucking freaked out by the time I reach this polished ballroom, that looks like it has laminate flooring, and big windows. I walk past it, up a flight of stairs that look like the moving staircases in the Harry Potter movies, and on to this loft area that has windows that look on to a huge abyss with floating platforms hanging over it. The windows have blue velvet curtains, and no glass.

There's a smirking woman wearing modern clothes and a big leather handbag, and a man, but he's blurry. The woman stands up and stalks past me, and the man stays where he is. One is this really, really pale little girl, with a chubby kind of face and scraped back white hair, and the other is an older woman who reminds me of Vittoria from Angels and Demons. I walk up to them and suddenly the curtain starts moving by itself, and it gets pulled out into the abyss by what I can only imagine is some kind of ghost, and then pale girl starts shrieking and her fingers go like claws and she clamps her hand over Vittoria-look-a-like's face.

Vittoria screams silently, and then I approach, and the man says something, and the girl slumps forward, pouting her lips and crying a little. Vittoria seems suddenly fine, and we all crouch over the pale girl, trying to make her feel better. Then I wake up. I'm actually humming it.

Denying Communion to a lesbian

Look, you can't make that shit up. And that statement is why Becca Fitzpatrick fascinates me: because Hush, Hush makes less sense than my dream, yet somehow, she managed to conjure it all up with her naked little mind. Well, not naked. It hardly takes a YA aficionado to notice the glaringly obvious Twilight catch-and-releases. But look at my dream, then look at Hush, Hush.

Okay, so my name was Samhain. Beck's hero's name is Patch. So I got locked in a tower, presumably for being a Pagan. Nora goes all Cagney-and-Lacey, and goes undercover to stalk her tormenter at his workplace.

Get e-book Rants of a Fat, Loud, Lesbian (The Anger Files Book 1)

Her costume was in a 7-Eleven bag, for fuck's sake! This stuff is totally pumped up, man! How much weed did Becks smoke before she wrote this shit? Look, pretty much everything that needs to be said about Nora already has been. My flash-in-the-pan Bess was more badass than her, and she had a bunch of children watching her back. Nora is so fucking stupid, I'm surprised she's even been allowed to live. I'm amazed her mother hasn't already taken a chainsaw to her. She's that frakkin' dense. I've been hard-pressed to find a protagonist that's as completely insufferable as her, and I've read Halo.

What does that say? It says that I have a pretty high shit threshold, and yet Hush, Hush managed to piss me off enough to warrant this review. Now, on to my next slab of beef: Edward Patch. Not too long ago, my sister and I were exiting the supermarket, when some old dude reached out and slapped her ass.

I screamed a bunch of swear words at him I was about fourteen at the time and hauled her away. She felt violated, and I was so angry I thought my jugular was going to pop. Now, Patch is exactly the kind of guy who would do that. He'd pinch your ass when you weren't looking.

He'd rub himself up against you on the subway. He'd bang you up against your own kitchen cabinets and dry-hump you when you barely knew him, and had already said no. He'd pin you down on a bed, tell you he wants nothing more than to kill you, then kiss you. In short: Patch is a chauvinistic prick.

He has absolutely no loving feelings for the protagonist; he simply wants to bone her. Probably to death.

Patch is not "in the making". He is made. He is a rapist, and though you've probably already read this post through a hundreds of links to it all over Goodreads, I'm going to relink it here just to catch the stragglers who didn't give it a glance. Look, it's all been said. But this is YA rape culture at it's very worst. This is dressing up sexual harassment as love, then shoving it down the throats of young teens. 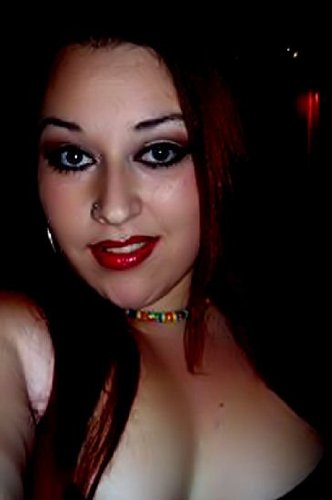 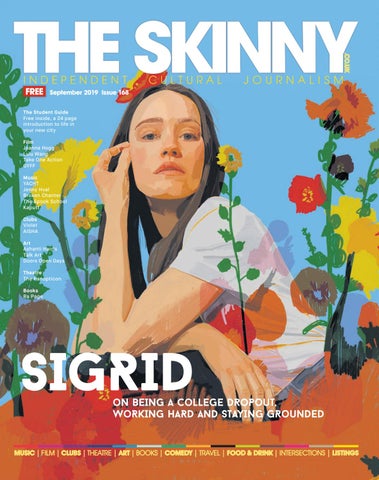